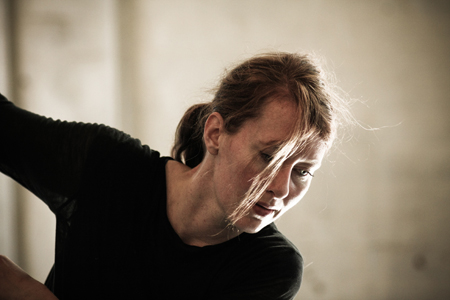 “Exquisite. The world is hers to command…”
The Globe and Mail.

Recipient of the 2014 K.M. Hunter Award for Dance and Dora Award nominee for Outstanding Performance, Danielle is Artistic Associate of D.A. Hoskins’ The Dietrich Group and works with Canada’s leading contemporary dance companies and creators. Formative creative periods have included working with Roxanne Huimand and David Hernandez in Brussels and Jan Burkhardt in Berlin. She is currently involved in new creations by Vanessa Jane Kimmons, Allison Cummings/Deborah Pearson and a dance film about great Canadian jazz artist Phil Dwyer. She has recently performed in Dusseldorf, Germany with DTDE, Montreal with Adelheid Dance Projects, Tulum, Mexico with Trish Beatty and Toronto, Ontario with Art of Time Ensemble and Coleman Lemieux & Compagnie. As a result of a keen enthusiasm for writing and an interest in contributing to insightful discourse on Canadian contemporary dance, Danielle recently went back to school to complete an SSHRC-funded MA in Dance Studies at York University.

Oz is a Toronto based Lighting Designer, Production Manager & Arts Administrator who has a long standing history of working in the performing arts in Ontario; at The Dietrich Group, Dreamwalker Dance Company, ProArteDanza, Typecast Dance Company, The Grand Theatre, Beal Musical Theatre, where he has been nominated for a Brickenden award and has won two Dish awards for his design of Phantom of the Opera and Into the Woods. He has also worked for several other companies around Canada, NYC & Singapore.

Oz is currently the Executive Director and Co-Producer for The Dietrich Group; he was the production manager with the triple Dora nominated show PARIS1994/Gallery which was presented at Harbourfront Centre’s World Stage 2012 and was the Producer and Production Manager when it toured to Singapore- Esplanade: Theatres on the Bay, October 2012.

The Board of Directors